There are many ways to reassign employees. You, as a programmer or DBA could, for instance, write an update statement to do that. But let’s say that you don’t want to lose your friends at the HR department. They want you to build a real flashy GUI to achieve the very same functionality. Ooops. No more lunch breaks for a week or two, because you planned this task to take only half an hour (the time that writing an update statement takes, if you type very slowly and test it intensively). ADF 11g provides you with two very handy features. First thereâ€™s the tree which is not new, but enhanced. Second thereâ€™s drag and drop functionality. Here is a way to use those two into a powerful combination.

The initial steps are as usual:
â€¢    create a new JDeveloper application
â€¢    in the Model project, create Business Components from Tables for table EMPLOYEES and DEPARTMENTS (HR schema)
â€¢    in the View project, create a new JSF page;
Now you create a tree. This is a lot more straightforward then it was in any of the previous releases of ADF. You just drop the DepartmentView1 from the datacontrol on the page as a tree. The treebinding editor opens and from there you can add all of the child collections as child nodes.

That is all that it takes to create a fully functional tree. Run the page. Just expand and collapse some nodes to test if the tree is working correctly.

Letâ€™s add the drag and drop functionality. We need to add a collectionDragSource to the tree.

Because we want to use the same tree as droptarget, we need to add a collectionDropTarget as well. Do that right after the collectionDragSource, but before the <f:facet>.

You will notice the dropListener. This is a callback to a method that can handle the drag and drop action. You can create this method yourself, or just copy the code and configure the bean in the config.xml.

When you are dragging and dropping, the actual goal is to reassign the dragged employee to the department where you dropped it on. Therefore you need more information than just the employee data that you dragged and dropped. You also need the data were you dropped upon.

So what did you actually drop? In the onTreeDrop method in the reAssign bean you can find the droppedValue by invoking the getData method on the dropEvent.

The object Array keys contains all the dropped rowkeys. The first position of the list contains the departmentId of the dropped employee, and the second entry contains the employeeId. So now you know which employee you dropped.

Letâ€™s find out where you dropped the employee on? The dropEvent class has a getDropSite method which will provide you with the necessary information. This method can return a null value indicating that the drop occurred outside the data portion. If the result is null you will do nothing. Because in this case you know that you are dropping on a tree, you can cast the getDropComponent to a RichTree, and from thereon continue processing.

The only thing left to do is update the employee with the new departmentId.

Get a handle to the applicationModule, find the employee that needs to be updated, set the new departmentId, commit, clear the cache of the viewobject and requery it.

Thatâ€™s all. Itâ€™s not necessary to refresh the tree by invoking addPartialTarget(), because the target component is automatically redrawn in response to a successful drop.

Now you have a working tree with drag and drop functionality.
When you drag an employee from one to another department…

…this employee is reassigned! Cool isnâ€™t it?

It even gets better. In the reassign method the droppedValue is already put into an array (the keys array), so it is possible to iterate all these values.
This means that you can handle multiply employees in one go and even then drag and drop works!
The only thing you have to change in your page is the rowSelection attribute of the tree element. This attribute can have three values: none, single and multiple.

So if you change it into multiple you should be able to select multiple employees and reassign them in one single drop action.
And on top of that, you can reassign employees from different departments to one department in one action.

You can do this by using the control-button and skip the department root nodes.

…and drop them on a department.

They are all reassigned.

Yes! Now the HR department will throw you a party! 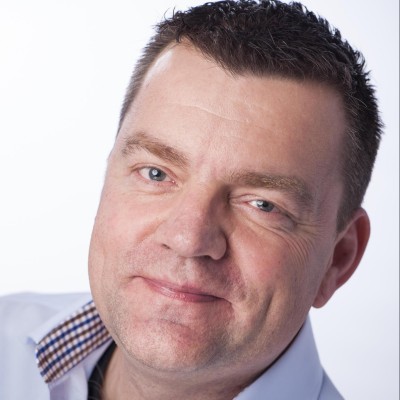 ADF 11g: how events in one region cause other regions to refresh

Mon Jul 14 , 2008
While preparing for a whole different topic, I had to create a few demonstrations of using custom SQL Types and Collections in both SQL and PL/SQL. While nothing spectacular – and for anyone who attended our 7Up class pretty familiar stuff – I thought an example of these small demos […]