This blog describes a way to optimize performance of a custom ACM/BPM API worklist client implementation. This is optimization recipe is applicable in a specific use case. Before running of and implementing this recipe, please first consider if the recipe applies to your situation.

The example that is used is a service for retrieving the caseIds of running ACM composite instances.

Some of the code is inspired by Niall Commiskey’s blog (http://niallcblogs.blogspot.nl/2014/01/304-adaptive-case-management-java-api.html) – thanks Niall!

The example is on 11g, but also can be done similarly in 12c.

Many of you are familiar with how to access the ACM/BPM/SOA platform API services. A typical situation is that where a BPM worklist client is built in some non-Oracle technology, and the communication with the BPM processes/tasks is done via the platform API (http://docs.oracle.com/cd/E28280_01/dev.1111/e10224/bp_worklistcust.htm#SOASE839).

Also typical in that situation, is to not let the BPM worklist client use the platform API directly. Instead, some API abstraction layer is built in between, where the platform API services are simplified or combined. Goal of such API abstraction layer is to offer services that are more tailored to the need of the BPM worklist client:

Such use case requires authentication/authorization. Often approached as …

The use case is illustrated below:

So, from functional point of view, we’re OK. Until the number of service calls start to go up. In the above situation, a ‘BPM logon’ is done for each service invoke. That can partly be handled by tuning the cache for the involved directory (LDAP) server, but still: the WorkflowContext has to be established for each operation. And then you decide … you need to cache the WorkflowContext!

A solution to implement caching in the API abstraction layer is to use Stateless EJBs that are deployed as a web service:

Development can be done in 2 ways:

Both ways are well supported in JDeveloper: we will pick number 2, because we want to limit the chance of inadvertently breaking the service contract (and becoming incompatible with the BPM worklist client).

Start by making a ‘Generic Application’ project in JDeveloper with the technologies selected as below:

Leave all other settings at default.

For our web service, we need a WSDL and XSD that describe its contract. Put them in the src directory of the project:

The WSDL has an operation for getting the caseIds:

Generating the EJB and Web Service code from the WSDL

Now, the EJB can be generated from the WSDL.

On the ‘Select Web Service Description’ page, select ÉJB 3.0′ for the Service Type:

On the ‘Specify Default Mapping Options’ page, give the package names:

On the ‘Configure Policies’ page, leave the default settings and click Next.

On the ‘Provide Handler Details’ page, leave the default settings and click Next.

The click Finish to generate the ejb and web service:

In the above figure, you will notice the additional code for 2 operations that were added to the WSDL:

The libraries/jars that are shown below have to be added to the project. Right-click the project, go to ‘project properties’ –> ‘Libraries and Classpath’:

Now, the cache for the WorkflowContext can be designed:

Hook up the cache to the EJB

The EJB is implemented in class CaseApiServiceImpl. In this class:

In our example, the Business Logic concerns the retrieval of a list of Case instance Ids. This business logic will be coded in a class named ‘CaseInstanceLogic’.

In our case, the method for the retrieval of the case ids:

Invoke the business logic from the EJB

The business logic can now be invoked from the EJB. In the – generated – method getCaseData in the Bean class CaseApiServiceImpl, the invoke can be added:

Now the code is completed.

For deployment, some consideration needs to be given to the jars that the EJB needs. It is possible to use the brute force approach and include in the deployment all the jars that are needed for the EJB to work. However, under the assumption that this EJB is deployed on the same host as where ACM/BPM is running, there is a more elegant way: Oracle has deployed the libs that are needed as ‘shared libraries’. Therefore, a reference to these shared libraries is sufficient. So, when the environment is patched, the patches will also immediately be available to our service!

On project level, nothing needs to be changed:

On application level, a new deployment profile has to be generated. Start by right-clicking the application, and then Deploy –> New Deployment Profile

In the Deployment Profile, select ‘EAR File’ and click OK:

Leave all remaining values at default.

The project level ejb jar file now has to be included in the application ear.

Goto the ‘Application Properties’ by right-clicking the application. Click the Edit button for the CaseApiService deployment profile:

In the next wizard screen, select ‘weblogic-application.xml’ and click Finish:

Edit the file for adding the required library references. It has to look like:

The application can be deployed and tested with the test client:

Changes in the future: re-generation from changed WSDL

Future changes in the WSDL require a re-generation of the EJB:

After this re-generation, you should carefully examine how the re-generated EJB bean code looks like. An automated unit test suite is recommended.

The following considerations for this approach:

The source code for this example can be found here: CaseApiService 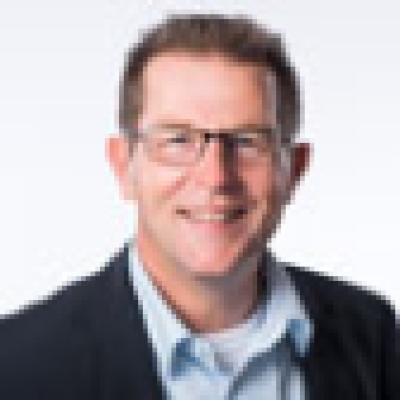 Navigating through an ADF editable table with arrow keys

Tue Mar 15 , 2016
For a client that uses a lot of ADF editable table I was exploring the possibilities of navigating through an editable table with the arrow keys. They often need to edit values in one column for all the rows in the table. The only way to do that now is […]