Last week I attended my very first ODTUG KScope conference in Long Beach, California. I have  attended conferences by ODTUG before, but they were never this broad.

On Sunday I attended the APEX symposium. It was nice to see that APEX is being developed by a rather small, but geographically dispersed, group of people. Between them, there is always someone awake during the 24 hour cycle of a day ;-). Biggest news on APEX 4.1 is that is will include better error handling possibilities. On a less bight note, 4.1 will probably not include the JQuery Mobile framework, because that is still in itâ€™s alpha of beta phase when APEX 4.1 is to be released.

On Monday the real conference starts. It all started off with a welcome and keynote session. In the welcome session the ODTUG board members did a couple of impressions of tv-shows to decide the one person that should be deciding where KScope12 should take place. After this, rather hilarious, welcome session, it was time for the real keynote, â€œEven a Geek can Speakâ€ by Joey Asher. Or was it. Everyone was tricked into believing the guy on stage was Joey Asher, where it was actually stand-up comedian Don McMillan. After a hilarious session, he introduced the real Joey Asher, who held his â€œEven a Geek can Speakâ€ keynote.

After this nice start of the day, it was time to attend the real sessions. I attended â€œMy Case for Agile Methodsâ€ by Cary Millsap which was pretty good. Nice to see how he related IT techniques to the â€˜real worldâ€™ for instance the building of a (his) house.

After lunch it was time to try to get to know a little more about the upcoming Error Handling in APEX 4.1 in a session by Patrick Wolf. It looks and feels rather easy, which is good. APEX is considered easy, so new features should be easy too.

Wrapping up the day was a panel discussion featuring Tom Kyte, Cary Millsap and Steven Feuerstein. Itâ€™s always nice to learn from the pros 😉

On Tuesday I attended a session by Dan McGhan: â€œPlug-ins: Beyond the Basicsâ€. I actually expected more of this session, but it is nice to see how other people build their plug-ins. What is their approach, what can I learn from their approach. After this first session, there were a lot of vendor sessions, which I didnâ€™t find particularly interesting. After this break I attended a session by Tom Kyte again. This time on binding. When it is good (e.g. protect from SQL Injection) and when it is not (suboptimal performance because of suboptimal execution plan).

After lunch I attended a session by my colleague Peter Ebell on â€œBridging the Grap Between SOA Suite and the Databaseâ€.  Just 5 minutes into his session, the fire-alarm went off and we all needed to go outside. Which was not to bad, stand in the sun for a couple of minutes. Soon it appeared to be a false alarm and we could go back inside to finish the sessions. Due to this break in the session, Peter wasnâ€™t able to show all of his demoâ€™s but I think he managed to get his message across.

Then I decided to skip sessions to prepare for my own. A session on â€˜Pipelined Table Functionsâ€. Some 30 â€“ 40 people in the audience which made me rather proud. Session went pretty good, yet a bit short. Luckily there were some good questions and discussions to fill up the last 15 minutes or so of the session.

Wednesday started out with a session by Carsten Czarski on location and spatial data in APEX. If we just display the data provided, the image is not what we expect it to be, which is mostly because our earth is a sphere and it is not a flat surface (like a map).

After this session I attended â€œHow to Consume a Java Embedded BPEL API Process Using Oracle APEXâ€. This was mainly a demonstration of how the BPEL console was rebuilt using APEX. Just the stuff they really needed was â€˜copiedâ€™. Thus delivering a lean solution.

Then I attended â€œFive Features You Ought to Know About the Oracle Schedulerâ€ by Eddie Awad. Very good presentation on a very powerful feature of the Oracle Database.The Oracle Scheduler is much more powerful than DBMS_JOB used to be. For instance you can limit the use of resources by a certain process during a certain window of time. e.g. You may not want a batch like process to consume a lot of resources during office hours.

After lunch it was time for â€œOracle Application Express: Plug-ins Reloadedâ€ by Patrick Wolf. This session didnâ€™t tell me much new stuff but it is always nice to see Patrick speak. Then it was time for â€œPractical Uses for the APEX Dictionaryâ€ by John Scott. I already knew APEX was a repository based development tool, but I donâ€™t realize there is so much information stored about the application  A nice idea the guys at Apex Evangelists use it for is to keep track of To-dos in their applications. Using the dictionary it rather easy to find all the to-dos in an application.

The last session of the day was the one on â€œCreating a Spark Line Plugin from Scratchâ€ by Doug Gault. Before this session I didnâ€™t even know what a Spark Line
was, but that
was explained soon enough. It is always good to see that (almost) everything we think of to be used in our APEX applications has already been built using JQuery. So, before you start developing stuff yourself, use Google to check if something similar which can be used already exists

The evening was reserved for the grand event aboard the Queen Mary. There was enough to eat and to drink available and there were performances by Don McMillan and the all-request band The Limit amongst others. At the end of the evening there were fireworks to conclude a wonderful evening.

Thursday I started out by attending another session by Dan McGhan. This time on Dynamic Actions. Whatâ€™s possible, whatâ€™s not and how to bridge the gap. Very nice and Dan knows answers to almost every question from the audience.

After this there was the closing session where they announced the best speaker awards. And lo and behold, two of my colleagues, Alex Nuijten and Luc Bors, won the â€˜Best Speakerâ€™ awards for their tracks. Congratulations to both of you.

The last two session I attend were â€œOracle Application Express: User Interface Design & Themesâ€ by Shakeeb Rahman and â€œOracle Optimizer-Top Tips to Get Optimal SQL Execution All the Timeâ€ By Maria Colgan.

This concludes my trip to KScope11. It were 5 full, but satisfying, days with lots of nice people. I would like to thank all the people from the ODTUG board and YCC for making this one of the best events I attended so far and I hope to be at the next KScope. 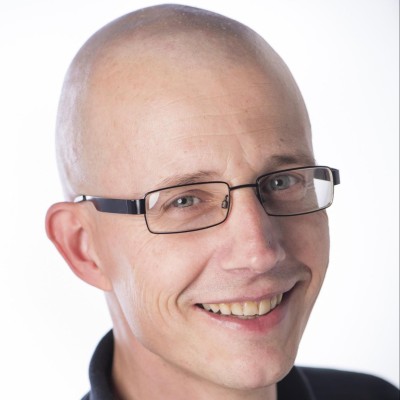 Patrick Barel is a PL/SQL Developer for AMIS Services in the Netherlands. Besides working with SQL and PL/SQL did he co-develop CodeGen and wrote different plug-ins for PL/SQL Developer. He publishes articles on the AMIS Technology blog and on his own blog http://blog.bar-solutions.com/.
patrick.barel@amis.nl

Sun Jul 10 , 2011
When you’re a newbee to WebLogic, and in this case especially the WebLogic Scripting Tool (WLST) it’s a good thing to explore the capabilities of the WLST by browsing and navigating through the MBean stucture. With the use of easeSyntax() navigating makes it easier to navigate, because you can browse […]

Patrick Barel is a PL/SQL Developer for AMIS Services in the Netherlands. Besides working with SQL and PL/SQL did he co-develop CodeGen and wrote different plug-ins for PL/SQL Developer. He publishes articles on the AMIS Technology blog and on his own blog http://blog.bar-solutions.com/.