The challenge was as follows: provide a handson workshop environment – consisting of nothing more than a browser connected to our office’s Wifi network – for visitors to the Open Day we organized at my company. However, all I had to work with was a bunch of really old laptops – 8-10 years – originally running Windows 7 (and one still does). I could not even start up two of them: during boot routine they complained about an invalid Partition Table. Not good.

Then my colleague Chris pointed out what was to him a simple solution: make them run Linux (and forget about that old Windows environment). He also explained how that could be done – and it turned out to be really quite simple and very well documented. The key tool I used in addition to the Ubuntu operating system: Rufus.

The steps I had to go through:

There are two possible scenarios:

The latter option can be used on any laptop to allow workshop attendees to use a machine without getting access to the (Windows) contents of the device – almost like an extended Kiosk mode.

The instructions I followed for installing Ubuntu from the flashdrive are very clear and the steps are simple as well. In a few minutes, the laptop is running Ubuntu Linux as if it has never done anything else. The most tricky part is pressing F12 a few times at the very early moments of the boot sequence. We have to get the computer to get into the BIOS menu where we can divert the boot process from the default (hard disk boot sector) to the flashdrive. Once that is done, everything is straightforward.

Note: it may not be F12 for you. As the instructions state: F12 is the most common key for bringing up your system’s boot menu, but Escape, F2 and F10 are common alternatives. If you’re unsure, look for a brief message when your system starts – this will often inform you of which key to press to bring up the boot menu.

The main decision: install Ubuntu onto the laptop’s hard drive or just run Ubuntu (try) without touching the hard drive. 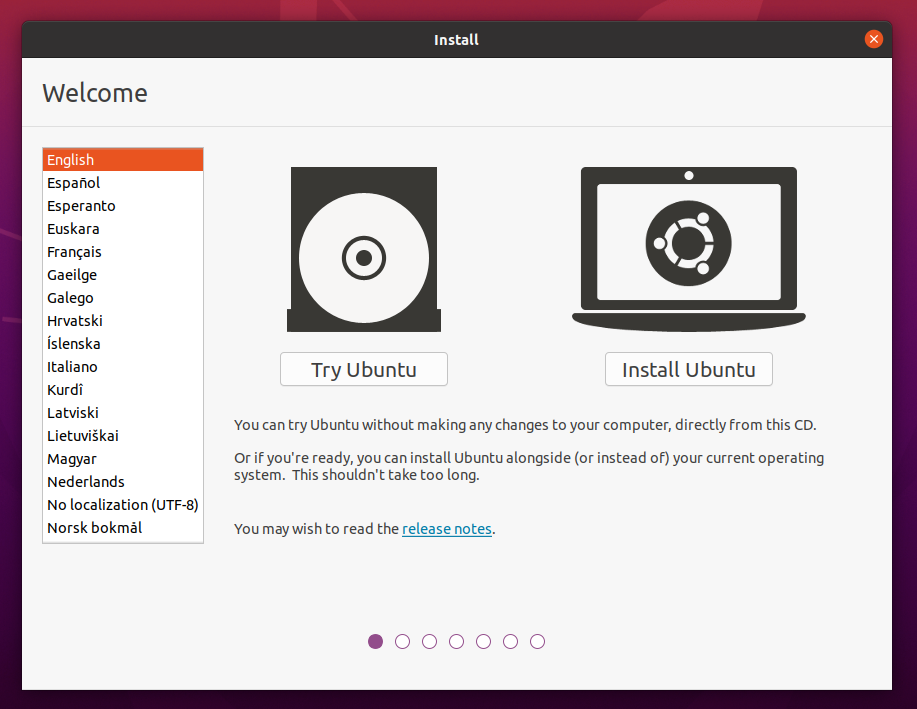 In this case I only run Ubuntu – not install it – so I pick Try Ubuntu.

Before too long my very old seemingly good for nothing laptop is running a great operating desktop:

Getting started with Windows Subsystem for Linux, Ubuntu and Docker

Back to the Future

JavaOne 2007: Some cool things to investigate as soon as possible

Tue Sep 27 , 2022
I had the pleasure of visiting the The Things Conference 2022, the largest LoRaWAN event in the world. Organized by Things Industries in Amsterdam on September 22 and 24. The conference hosted about 1500 IoT professionals, 50 exhibitors, and 70 speakers.   On Thursday and Friday, 22 – 23 September, I […]