In this series of blogs about Continuous Delivery and the Oracle database, I describe how to automate deployments (installations). In the previous two Blogs I have described the tools and techniques used to create and install migration scripts.

Introduction
One might ask what could be the problem if the deployment succeeds. But under normal circumstances you are not the only one on the database. Other sessions must be able to continue during a deployment. For instance it may be impossible to deploy packages that are used by another session. The installation process will have to wait on the running session and that may cause a time-out and thus a failed installation, even though the previous deployment in test went well. And even if you’re lucky and you can compile a package without problems, other sessions may encounter this very well known error:

ORA-04068: existing state of packages has been discarded

A solution is of course not to use ‘package state’ but I do not think management is very happy with such a statement because it will take too much development and test effort to remove all package state. Later in this Blog I will show you how to solve this problem without recoding.

And what if the deployment just fails? Restoring a backup is very drastic and not always a solution: other sessions may have changed data and/or code that should not be restored at all. And Oracle Flashback technology is not sufficient because it can only restore tables (data). It cannot restore code.

What we actually need is to go back to a previous version of the code. The data should generally stay as it is. Since Oracle 11g release 2 there is a nice solution: Edition Based Redefinition (EBR). Tom Kyte called it already a killer app.

The notion of a ‘release of database objects’ was introduced in Oracle Database 11gR2 and is called ‘an edition’. Editions are almost parallel universes in which the same database objects – such as views, packages, types – from the same schema can exist in with different definitions. For example: package SALARY_MANAGEMENT in Schema SCOTT can exist multiple times – for example once in the Base Edition, once in Edition Release 2 and once in Edition Release 4.”

Tom Kyte has written several articles about EBR that I can recommend very much:

And this is the Oracle White Paper about EBR:
http://www.oracle.com/technetwork/articles/grid/edition-based-redefinition-1-133045.pdf

This Oracle White Paper shows that ‘package state’ is linked to a session in combination with an edition. So if you compile a package in a new edition, old sessions do not suffer from this error anymore:

ORA-04068: existing state of packages has been discarded

Requirements
The following requirements should be sufficient for a reliable deployment based on EBR:

Design
Like I already described in my previous Blogs, the deployment is executed by Flyway that runs a series of migration scripts in the correct order (and only if they have never been executed before on that database).

Flyway administration
Every successful migration step (one script) is registered by Flyway in a metadata table called “schema_version”. If a step fails, it is registered as such (the step is flagged as an error) and the deployment is aborted. Now you can solve the error and restart Flyway. Flyway first has to repair its metadata table (i.e. remove the faulty step, see http://flywaydb.org/documentation/command/repair.html) and then you can continue with the failing step. So a migration script that caused an error will be re-executed later on.

Flyway call-backs
Flyway has functionality that is essential in combination with EBR: SQL call-backs (see http://flywaydb.org/documentation/callbacks.html). These SQL call-backs are SQL scripts that are executed before/after individual migration steps and the complete migration (deployment). The programmer can add code to support or check the deployment.

Happy flow
Using Flyway this will become the ‘happy flow’:

In case of deployment errors this will not suffice.

Possible errors
What kind of errors can occur and how can Flyway help?

(Un)happy flow
How can you undo a failed deployment? Or to be more exact, how is it possible that the new version does not become active after a failure. In the introduction I already said that EBR could help. But how can it help?

Example 1: one edition per migration and second script fails
At the start Flyway creates a new edition E0 using the beforeMigration call-back. Next Flyway runs the scripts V1.sql and V2.sql. Now when no script would fail, edition E0 will become the new edition (set in call-back afterMigration). But, unfortunately the second script fails. Well, we can just drop edition E0 and restart Flyway after correcting the error, isn’t it? No luck, Flyway has already recorded that V1.sql was okay, so it will never rerun that script. Hence a rerun will now create edition E0 again however it will contain just view V2. View V1 has disappeared due to dropping edition E0 and the cleverness of Flyway.

Example 2: one edition per migration and second script fails
Now Flyway will create an edition before each migration step (using call-back beforeEachMigrate), E1 before step 1 and E2 before step 2. Now when the second script fails, you just drop edition E2 and correct the error and rerun Flyway. That will do the trick. The administration of Flyway is in sync with the administration of the database. Please note that for other sessions the database still looks the same when the migration fails: the default database edition they use has not changed because it is only changed if the whole migration succeeds.

Example 3: as example 2 but now another release is installed after the failure
The deployment to S1 fails and someone else installs release R2 to schema S2 using the same approach as in example 2. That release contains scripts V3.sql and V4.sql also creating views. These scripts contain no errors so the installation succeeds. Flyway has now created editions E1, E2 (containing an error), E3 and E4 and we started with the Oracle default ORA$BASE.

Since you can only drop editions at the head or the tail, edition E2 can not be dropped. So release R1 can never be corrected.

In order to overcome all these problems we implement the following rules:

This list of detailed actions describes how to handle the ‘unhappy flow’:

Note: the developer has to ensure that DDL is executed first and only then migration with DML. In case of an error Flyway will never have committed the data.


So only when everything goes well, the latest edition (see view ALL_EDITIONS) is equal to the database default edition (see view DATABASE_PROPERTIES).
If anything goes wrong (even when the deployment session is aborted unexpectedly), that will not be the case and you can recover by executing the same deployment that – thanks to Flyway – will continue with the failed step.

Please note once more that it is not possible to deploy to another schema after a faulty deployment: you have to correct the error first.

Conclusion
The combination of Oracle Edition Based Redefinition and the open source tool Flyway enables us to execute a deployment without affecting other users. And as a big bonus it enables us to undo the deployment in case of errors. That really sounds like 24×7, 🙂 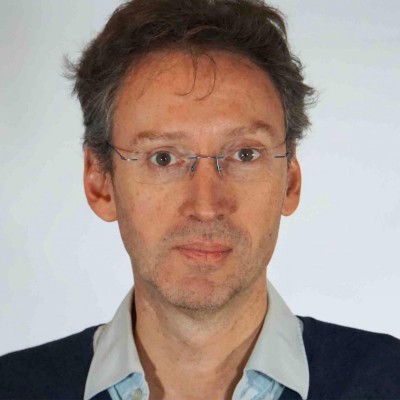 Continuous Delivery and the Oracle database (I)
Next Post

Oracle X5-2, from bare metal to VM Server. Without disks, without dvd drive.

Sat Apr 23 , 2016
Oracle offers a fine machine called the X5-2. Not to be confused with the ODA X5-2, which comes with sophisticated database software. The X5-2 is just bare metal. The X5-2 is a 1HE 2 socket Intel machine with limited configuration options in terms of processor speed, number of cores and […]