Oracle is eager to offer companies a ULA, an Unlimited License Agreement, especially at the end of the financial year. If these companies are considering an ULA, this company obviously met the criteria : a large company with Oracle products in their roadmap, and anticipating a growing usage of Oracle products.

This offer will not be done to the so called ‘midsized’ companies.  Such an ULA agreement may be very benificial to companies (and Oracle),  but, with all agreements, you should be aware of the pitfalls and opportunities of such an offer and that’s mainly what this short blogpost is about. Let’s start to explain (if not already clear) what an ULA is about and quote a part of  a definition of an ULA, written by Oracle: –> An Unlimited License Agreement  is a time­based contract for unlimited use for a subset of Oracle products.

The concept of an ULA: make an investment in licences in specific products which they expecting to use in a fixed timeframe, usually 3 to 4 years , paying for licenses of predefined products they will likely need the years to come. The support has also to be paid in advance, from the first year on, based on the investment amount. At the end of the timeframe you own the licenses which are ‘installed and running’ (according to the agreement-text).

In return you will get a very high discount, and Oracle claims a simplified administration, support, lower TCO, predictable costs. Where’s the catch? Two obvious ones: Oracle locks out some competition for a few years and preserves a support revenue stream for possibly a lot of years. What riscs are still out there knowing that?

With a very small example I will try to clarify the concept of a ULA. Suppose company X has a clear view of an expected use of two Oracle products in the coming 3 years:

When Oracle (sales-department) and company X reach an agreement,  the company  has to invest in 150 processor licenses for a Database Enterprise Edition and in 120 processes Weblogic Enterprise Edition, and the payment for support starts right away. When at the end of the ULA agreement  company X turned out to use 300 processor licenses of DB E.E. and 200 Weblogic E.E., they own these licenses and no extra fees have to be paid.

The financials could be like this (the mentioned amounts are just imaginary numbers):

According to Oracle sales there could be a break-even point in 21 months, comparing a traditional contract and a ULA contract, based on a 25% growth rate (and probably a few other assumptions).

With what kind of questions has Company X to deal with (this list is not exhausting) ?

As already said, this list is not exhausting, and it may raise other questions. Keep in mind that closing an unlimited license-contract in a vulnerable position, e.g. when LMS has been involved, is generally a bad idea. Also when there’s no thorough understanding of the licenses owned, used and needed by your company. We are happy to answer more questions regarding initializing , managing and controlling utilizing at the end of a ULA.

– Gartner: ‘How to Determine When to Consider an Oracle Unlimited License Agreement’

– Gartner: ‘How to Make the Right Decisions About Oracle Unlimited License Agreements’

– Gartner: ‘How to Make the Right Decisions About Oracle Unlimited License Agreements’

– Experiences of AMIS with initiating and managing a ULA. Also in controlling the utilization of the ULA at the end of the contract. 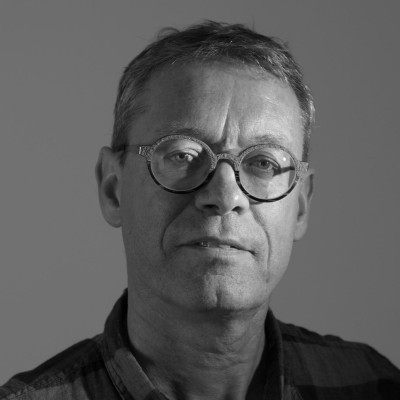 Oracle has changed the Exchange rate of the Euro to 0.8682

Utilizing your IT environment with Oracle Database Appliance

Wed May 21 , 2014
This article will provide a live account of the three day Enterprise Mobility conference, hosted by AMIS in Nieuwegein, The Netherlands. Oracle ADF Product Managers Frank Nimphius and Chris Muir are the keynote speakers. They are joined by Willem de Pater, Steven Davelaar and Lancy Silveira from Oracle and Luc […]