Javascript is the most popular programming language* and its usage has grown 25% in the past year**. It’s widely used and so it stands to reason that Oracle now released a brand new JavaScript toolkit called Oracle JET (JavaScript Extension Toolkit).

JET is a toolkit bases on JavaScript, CSS3 and HTML5 design and development principles and offers support for ‘Accessibility’ and ‘Internationalization’. It targets JavaScript developers working on client-side web applications.
JET is based on several open source libraries such as JQuery and Knockout and has a highly modular structure with the purpose of allowing you to pick and choose the functionality that suits your needs.

One may argue that Knockout is not the most modern library choice to include in JET, but Oracle did not make this decision lightly. Instead of going for an all-in-one solution like AngularJS, they really aimed at keeping JET modular. So they chose libraries that are tailor made for their specific propose. In case of Knockout this means a lightweight library that excels at providing a declarative two-way data-binding.

So how does OracleJET fit in with the other frameworks like ADF and MAF? The information released at OOW15 focused/differentiated mainly on the target audience and stated that:

Additional comparison data was mainly tech based as stated in the table below showing JET vs ADF and the slide photo depicting the target audience.

Listening to all the OOW15 sessions about JET showing Oracle has put a lot of effort in the toolkit and plans to continue to do so in the future makes this a framework worth considering when choosing your web-application technology. The availability of a huge set of Data Visualizations UI component (which should be familiar for those working with ADF) makes it a powerful tool for developing web application in the Oracle Alta UI style.
The JET release pace will be much higher compared to other products, namely every two months and they are planning to open source JET ‘soonish’! (legally, official dates can not be announced).

There is lots more to tell about Oracle JET, but in my experience the best way to get familiar with a new technology is by using it.
The easiest way is to download the QuickStart template code from the JET homepage, see ‘Getting started’ and use the Cookbook to copy-paste various UI components into your new project.

In addition to the cookbook you can watch the OracleJET youtube channel. 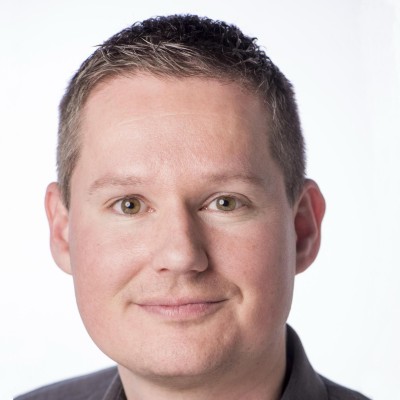 Marcel Oldenkamp is a senior Oracle ADF/Java specialist with experience in the areas of Portals and front-end technologies. He is also familiar with several other key Oracle Technologies including Oracle Fusion Middleware and well versed in connecting front-end to backend systems.
marcel.oldenkamp@amis.nl
http://www.amis.nl

(Pre)-compiling JSP for Tomcat with Jasper

Mon Nov 2 , 2015
SOA Suite 12.2.1 introduces end-to-end JSON support in composites and support for JavaScript in composites. The REST-binding (which can be used by Service Bus, BPEL, BPM) can receive and send untyped JSON without the need to translate it to XML. In BPEL, JavaScript can be used as expression language in […]

Marcel Oldenkamp is a senior Oracle ADF/Java specialist with experience in the areas of Portals and front-end technologies. He is also familiar with several other key Oracle Technologies including Oracle Fusion Middleware and well versed in connecting front-end to backend systems.